Dhiraj Rai: Peace Rally At Canada - Nepali E-Chords
X
Back to the top 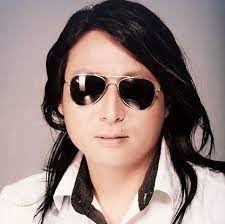 Popular singer Dhiraj Rai who is widely recognized as Nepali  Michael Jackson is busy nowadays roaming nationally and internationally. The motive for it is to wipe away the misunderstanding about the birthplace of Gautam Buddha.

Singer Dhiraj Rai has been working for years on this issue. He also has filmed a documentary about the topic. He has been touring around every corner of the country sticking the stickers and conducting the informal program “Buddha was born in Nepal”.

Besides traveling nationally, Rai has been traveling internationally for the same issue. He has conducted a peace speeches from the countries like Italy, Hong Kong, Spain, and many more. Likewise, Dhiraj Rai is conducting a peace rally in Canada which is broadcast live via his official Facebook account. Where all of his fans and followers can see what is happening.

you can watch a live broadcast of peace rally here: https://www.facebook.com/DhirajraiOfficial

Check out this video of the rally, awareness program he conducted throughout the country: