A Nepali patriotic song about Kalapani, called “Kalapani Simana” is released - Nepali E-Chords
X
Back to the top 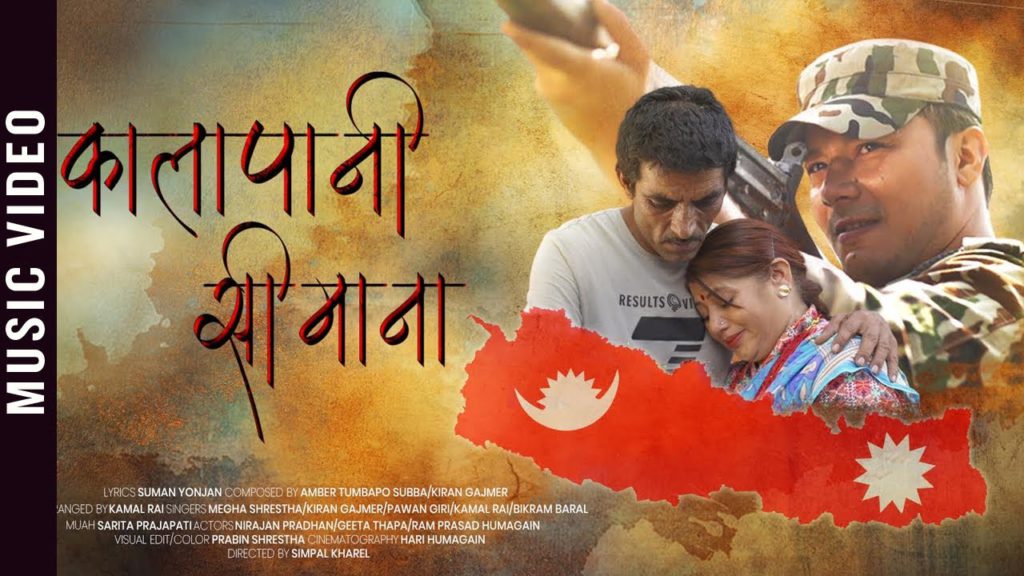 A group of independent Nepali singers have released a song about the disputed land of western Nepal, Kalapani. The song is called “Kalapani Simana” (translated to Kalapani border). Singers Bikram Baral, Pawan Giri, Megha Shrestha, Kiran Gajmer and Kamal Rai have lent their voices for it. The first three singers are also the gems that emerged from the singing reality show, Nepal Idol.

Suman Yonzone has written the 9-minute long song. Similarly, Amber Tumbapo and Kiran Gajmer have composed the music for it and Kamal Rai has arranged it.

To give a little background about the song, it relates to the western territory of Nepal, Kalapani. India claims Kalapani, Limpiyadhura and Lipulek as its territories because it has been controlling it for a long time. The issue culminated as India inaugurated a new link road to Kailash-Mansarovar passing through the territory in May 2020.

In summary, the song identifies the need of Nepal Army to move to the territory to save it from India.