Albatross Vocalist ‘Shirish Dali’ Talks His Interest, Inspiration and More About His Band On Kurakani With Subani. - Nepali E-Chords
X
Back to the top

Albatross Vocalist ‘Shirish Dali’ Talks His Interest, Inspiration and More About His Band On Kurakani With Subani. 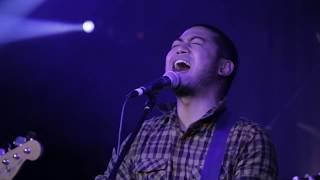 Shirish Dali, born in 1983 is a vocalist and a guitarist of Nepal’s most popular rock band Albatross. He is married to Anna Vaverko at the age of 26 and now he is a father of two daughters. At present, Dali is doing music with his band as well as a small side business of carpentry. Dali has always been interested in woodwork since his teenage.

Dali is an incredibly talented artist who has led Nepal’s rock genre to another level along with his band. His magnificent and powerful pack voice on numerous songs along with flattening drum beats and firing chords progression played by his remarkably talented other band members has astonished many listeners in and out of the country. Dali is highly influenced by Western Musicians and Rock Bands like Megadeth, Stone Temple Pilots, Pantera, Incubus, Alice in Chains and many.

Dali has been with the Albatross since 1999. Albatross was formed in 1998 as a three men  school band and has set a milestone in Nepali music. The band consist of Shirish Dali as a frontman, Sunny Manandhar(Suncha Vox) as a guitarist, Abhaya Siddhi Bajracharya as a bassist and Kismat Shrestha as a drummer.The band has become the biggest influencer to the many aspiring Nepali rock musicians. It has been performing at various shows and concerts in and outside the country. Albatross is also Nepal’s only band to play at the South by Southwest(SXSW) festival in Austin. SXSW is one of the largest events in the world. The band has also received many awards in Nepali Music Industry. Their latest award is Hits FM Music Award, 2077 BS where they were nominated in six categories and able to gain four awards out of six. The band also planned Nepal tour for their new album but it got postponed due to pandemic. So, soon they will be on Nepal tour when everything gets normal. The band has given numerous hits in Nepali music scene. Khaseka Tara, Farki Farki, Nischal, Ma Ra Malai, Alpabiram are some of the biggest hits of Albatross. Their latest songs are Suchana!Suchana!!Suchana!!!, Kaha Janchau, and Hell’s Kitchen.

Want to know more about Shirish Dali and the band??

Watch an interview with Shirish Dali on Kurakani with Subani on Nepali E-Chords.