Metallica Announce Special Reissue Of ‘The Black Album’ To Mark Its 30th Anniversary. - Nepali E-Chords
X
Back to the top

Metallica Announce Special Reissue Of ‘The Black Album’ To Mark Its 30th Anniversary. 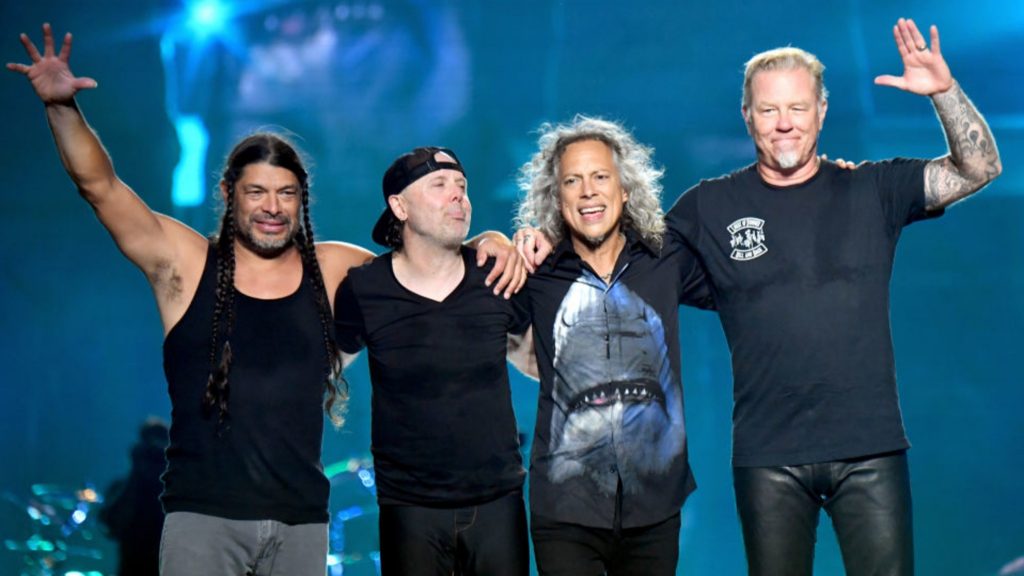 Metallica have announced the reissue of their  1991 self-titled album ‘Metallica’ also best known as ‘The Black Album’ to mark the 30th anniversary of its release. The Black Album is set to be reissued and remastered and will be released on September 10 in various formats including the deluxe box, vinyl, CDs, DVDs and other digital versions.

Metallica will also drop a cover album called ‘The Metallica Blacklist’ featuring over 50 popular artists like Miley Cyrus, St.Vincent, Biffy Clyro, Phoebe Bridgers, IDLES and many more. The profits from its collection will be contributed to the various charities along with Metallica’s own ‘All Within My Hands Foundation’.

Metallica is an American heavy metal band formed in 1981. It is one of the big four thrash metal, alongside Megadeth, Slayer and Anthrax. It has a massively growing fan base in the underground music community. Some of their biggest hits are Fuel from Reload , Sad But True from The Black Album, Orion from Master of Puppets, Seek and Destroy from Kill ‘Em All and many more.