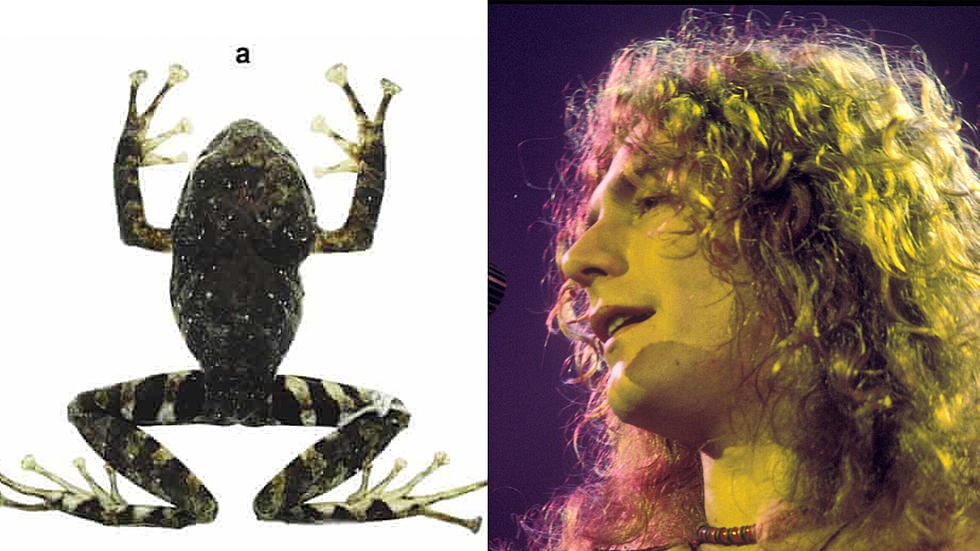 Scientists have discovered a new species of frog in the slopes of Ecuadorian Andes and named it after the English rock band, Led Zeppelin. This Pristimantis led zeppelin aka Led Zeppelin’s Rain Frog was discovered by scientists David Brito-Zapata and Carolina Reyes-Puig.

“The name honours Led Zeppelin and their extraordinary music,” the two researchers said in a journal.

Led Zeppelin is a British rock band that was formed in 1968. The band consists of four members; vocalist Robert Plant, guitarist Jimmy Page, Bassist/Keyboardist John Paul Jones and drummer John Bonhman. Led Zeppelin is one of the best selling artists of all time. Some of its biggest hits are Dazed and Confused, Good Times Bad Times, Black Dog, Whole Lotta Love, Ramble On and many more.