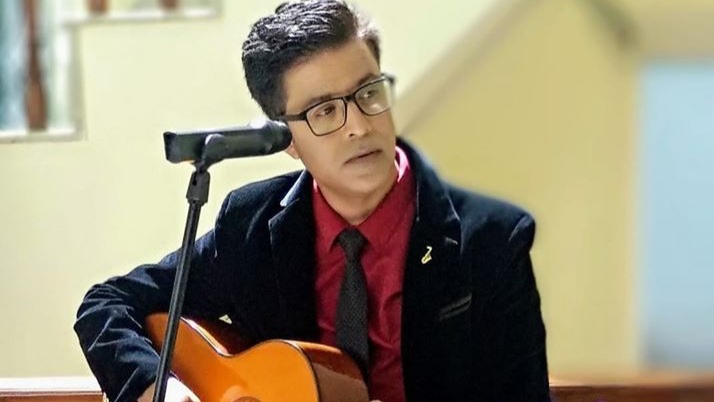 Singer Sanup Poudel’s Ghazal ‘Baaluwama’ has been released today exclusively on aB media’s official Youtube channel. The Ghazal has the finest voice of Sanup himself with the real Ghazal format which is penned and directed by Ektaare, music composed by Sagar Bishow, arranged by Almoda Rana Uprety and recorded at Doremi/Kripa studio. The Ghazal has the perfect combination of calming voice of Sanup heart touching lyrics and pleasant music composition.

Sanup Paudel is a professional and extremely talented singer of Nepal. He came into fame when he was selected in a singing competition Geet Bahar which was held by Gulshan Kumar in Mumbai. Sanup Paudel has thousands of die-hard fans and is crazy about his singing. He was also the coach of  Nepal’s biggest singing reality show ‘The Voice Of Nepal,’ season 1. Some of his popular hits are Samjhana Aai Dincha, Daiba Hey, Jugau Jug, Valentine and many more.