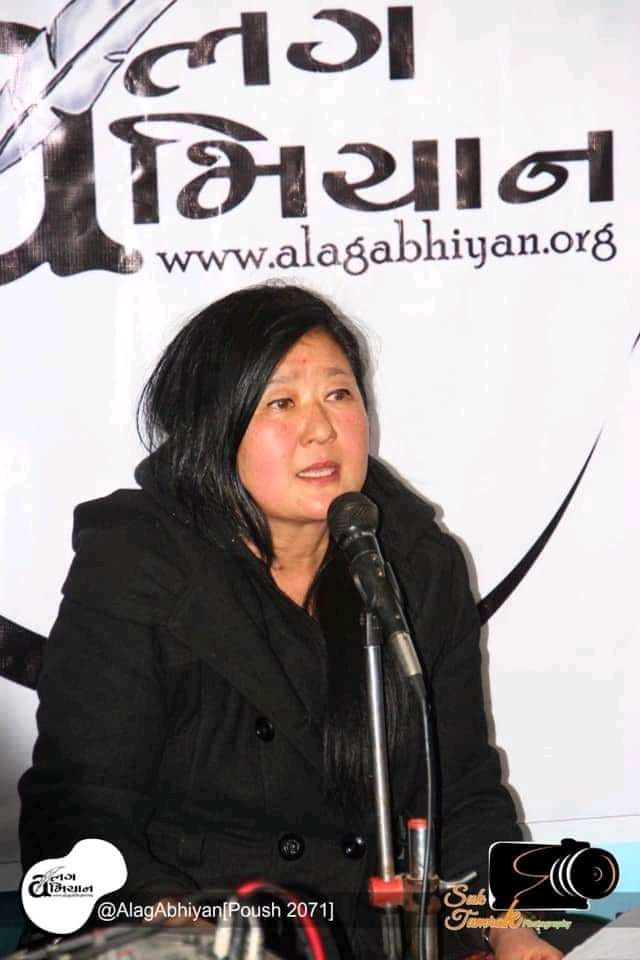 Singer Lasmit Rai, who was battling against covid and undergoing treatment died yesterday. Musician Ananda Rai officially announced on social media that Lasmit Rai is no more. Her fan followings, relatives and well wishers are completely devasted and saddened by her untimely demise. Rai’s husband also died just a year back.

Rai had recorded more than a hundred modern and movie songs in her lifetime and also had established herself as a playback singer. She had also given her voice to a patriotic song ‘Lagda cha malai ramailo’ which was penned by National Poet Madhab Prasad Ghimire. She had recorded her voice in movies like Triveni, Pardeshi Kanchha, Gaule and Balidaan. She had released her first solo album entitled ‘Kina Timi’ in 2048 BS. Her second album was ‘Na Aau Sapani Bhari’. Her other popular songs are Timile Diyeka Bedana, Tuteka Man, Sadhai Bhari, Kahile Haraudai, Sunkoshiko Sanglo Paani, Timro Maya and many more.