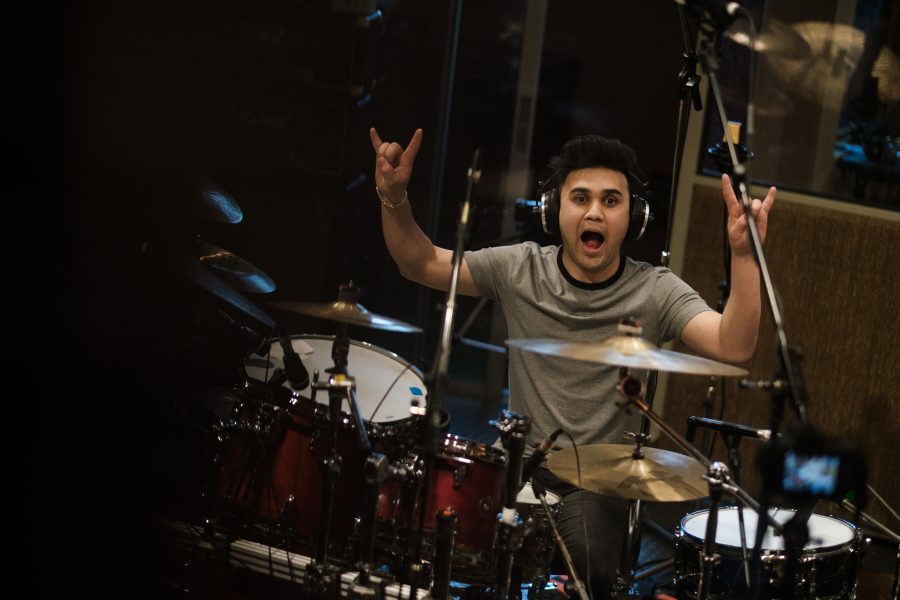 Young drummer Anmol Mohara has been releasing weekly drum lesson series named “Talking Dhyangro” from his official Youtube Channel. He has already released Episode 7 this Thursday. In this episode, he is talking about “Shuffle” in drumming. He started this series by uploading “Episode 1: Singles & Doubles” in June 21, 2020.

Anmol was born in Dharan, Nepal, and is currently based in London. Started playing conga in a cultural festival organized by “Sunaulo Pustakalaya, Dharan-17″. After being recognized with a passion in music, he was sent to Nepal Music Centre by his parents. There he studied Drums, Madal, Tabla, and Folk music for 6 years. After that, he moved to London in 2015.

“Anmol is a talented, inspired and focused drummer who puts his heart and soul into the music he performs. I look forward to play with him again!”

He has won “U.K Young Drummer Of The Year” in 2017 & “Yamaha Future Beat” in 2018. He has played with various international artists along with many Nepali artists like Bartika Eam Rai, Diwas Gurung, John Shrestha, Ps No Bs, and many more. He is also one of only three U.K musicians to get offered a place at the prestigious Brubeck Institute – Summer Jazz Colony in California in 2018.