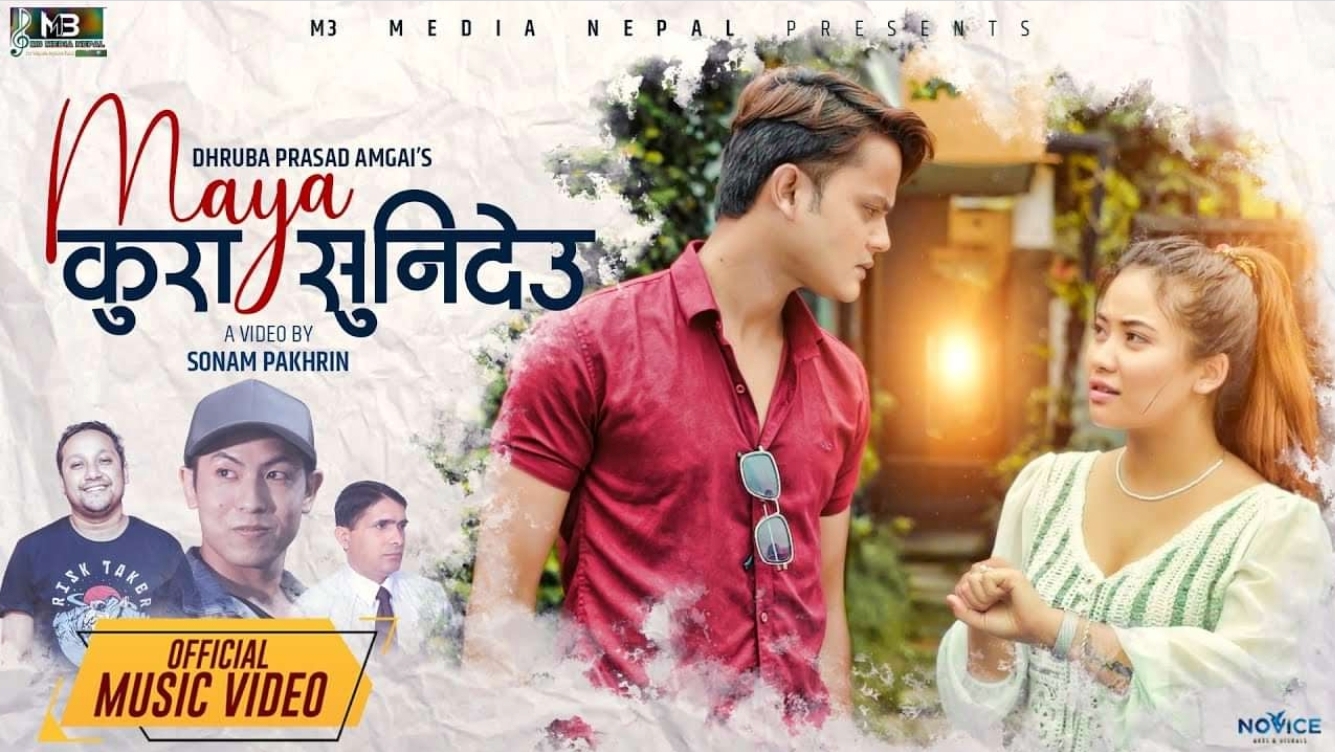 Sanju Moktan, a former contestant of The Voice Of Nepal Season 3 has released a new song ‘Maya Kura Sunideu‘ on 16 September 2021. The song was released from the official Youtube channel of M3 Media Nepal.

This song is amazingly sung by Sanju Moktan with the lyrics penned by lyricist Dhurva Prasad Amgai, composed by musician Kalyan Singh and arranged by Bisham Acharya. Likewise, mixing and mastering the song were done by Pradeep Joshi. The song was recorded at D Studio. The video is produced by M3 Media Nepal under the direction of Sonam Pakhrin featuring Sanju Moktan, Santosh Baniya and Anish Magar.

Sanju Moktan has been able to win the hearts of people in and outside Nepal at the blind audition where she sang Mayalu of Vek and Yabesh Thapa and gained more popularity after the elimination from the battle round. She has thousands of fan followers now. She has been singing in various restaurants and programs with her band named Lafa band. She became prominent in meantime due to her unique voice and ravishing appearance.