‘The Voice Of Nepal 3’ To Be Reaired Upcoming Week 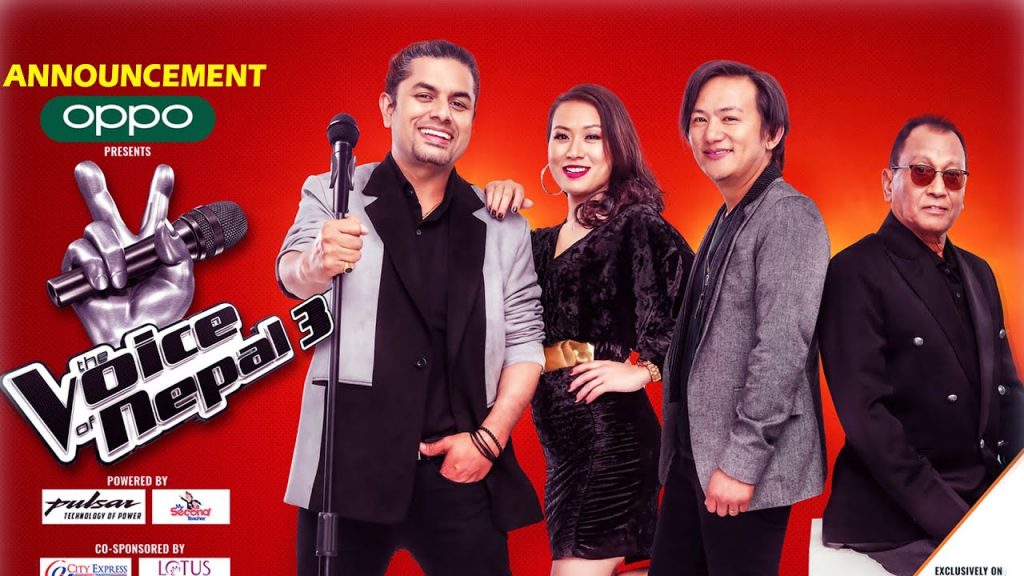 Nepal’s most popular and biggest singing reality show ‘The Voice Of Nepal 3’ will be reairing this coming week. The show had to halt its telecast two weeks ago as some of the contestants and coach were tested positive for coronavirus. The voice team were taking Covid precautions and preparing for the knockout round with the team of 80-82 people about two weeks ago. But also they had to stop the shoot prioritizing health issues.

But now they are completely free from virus and are preparing for the telecast for the coming week says the director Laxman Poudel.

The show has already completed the shooting of the upcoming round to be telecasted. It has entered the knock out round and has already telecasted 18 episodes of the season.

The show airs on Himalaya Television HD every Friday and Saturday at 8 pm. Legendary singer Deep Shrestha, Raju Lama, Pramod Kharel and Trishna Gurung are the coaches and Sushil Nepal, the host of the show is the executive producer of the show. The show has been getting a great response and admiration from the viewers and has made it Nepal’s biggest singing reality show.