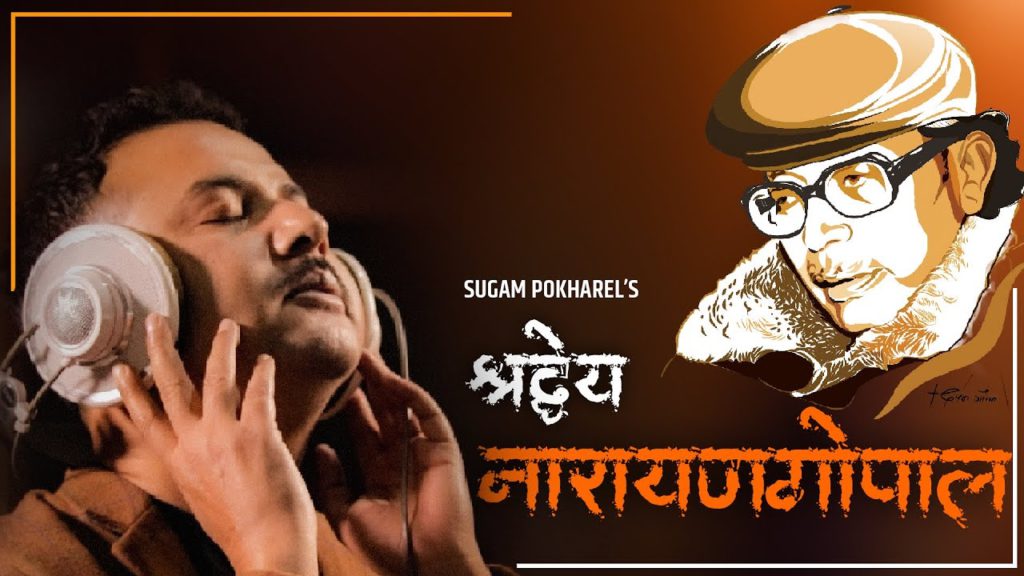 Pop Icon of Nepal “Sugam Pokharel” has released a song about legendary singer Swor Samrat Narayan Gopal called “Shraddheya” (translated to “Reverend”).  The 10-minute video features the singer Sugam Pokharel singing the song with the glimpses of Gopal. Pokharel has solely worked on the vocal, the lyrics and the music for this song. The first five minutes of the video features the song and the remaining minutes show the inspiration behind creating the song as told by the singer/composer himself. According to him, he always had an inspiration to compose songs about the legendary artistes of Nepal and for that, he chose Narayan Gopal. He didn’t know much about him, and hence he went to his home where Narayan Gopal Music Fund is established now, to find out more about him.

Manoj Kumar Kc of Katjazz Records has arranged, produced and mixed the music. Likewise, Shailendra M. Pradhan (Babu) of Abir Studio has recorded it. Manzil Bikram KC of Studio ‘M’ has done the mastering of it.

Likewise, Dipak Gautam has done the sketches that we can view in the music video. Mandip Bakhunchhe and Milan X Tamang have worked on the camera. Manoz Sapkota along with Sugam Pokharel has directed the video.