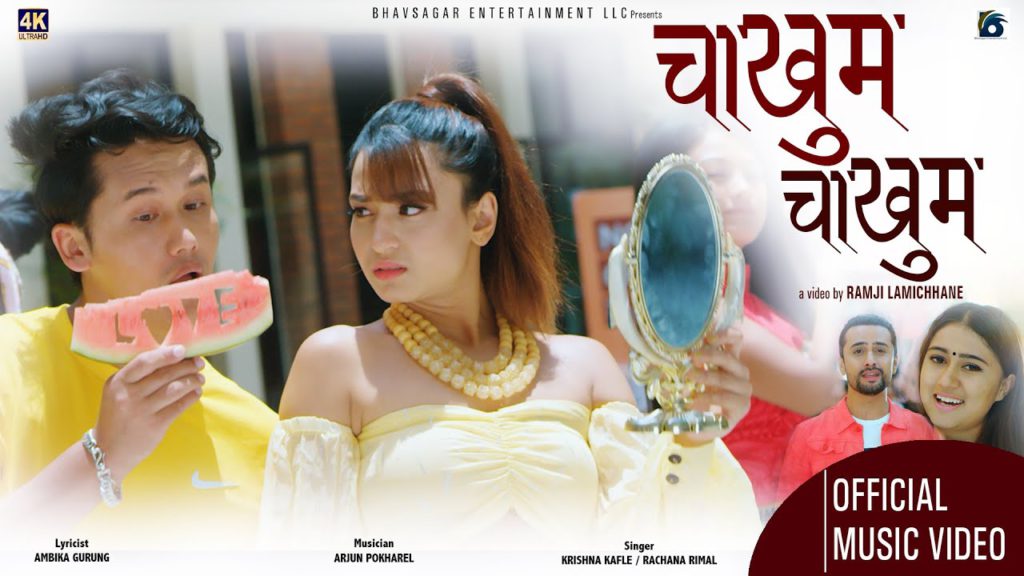 “Chakhum Chakhum” is a new song on the vocals of Rachana Rimal and Krishna Kafle. Ambika Gurung has provided the lyrics for the song. Similarly, Arjun Pokharel and Purushottom Subedi have composed the music and arranged it respectively. Naresh BBC is the recordist of the song. Sajan Shah has done the mixing and the mastering.

Likewise, in the music video, we can see Saroj Adhikari and Aashma Bishwokarma of The Cartoon Crew. Ramji Lamichhane has choreographed and directed the video.

Rachana Rimal is an ambitious singer who started her career from season 3 of the singing reality show “Nepal Idol”. The singer was able to enter the top 8 round of the show. Right after the exit of her from the show, she gave a popular single “Photo Firim Ma” of which a male version was produced by Pratap Das. The song is at 10M views currently.  She has sung more than 50 songs as of now. Her few songs include “Dui Dinko Jindagima”, “Sunana Piyari”, “Phone Aayena”, “Kati Ramri”, etc.