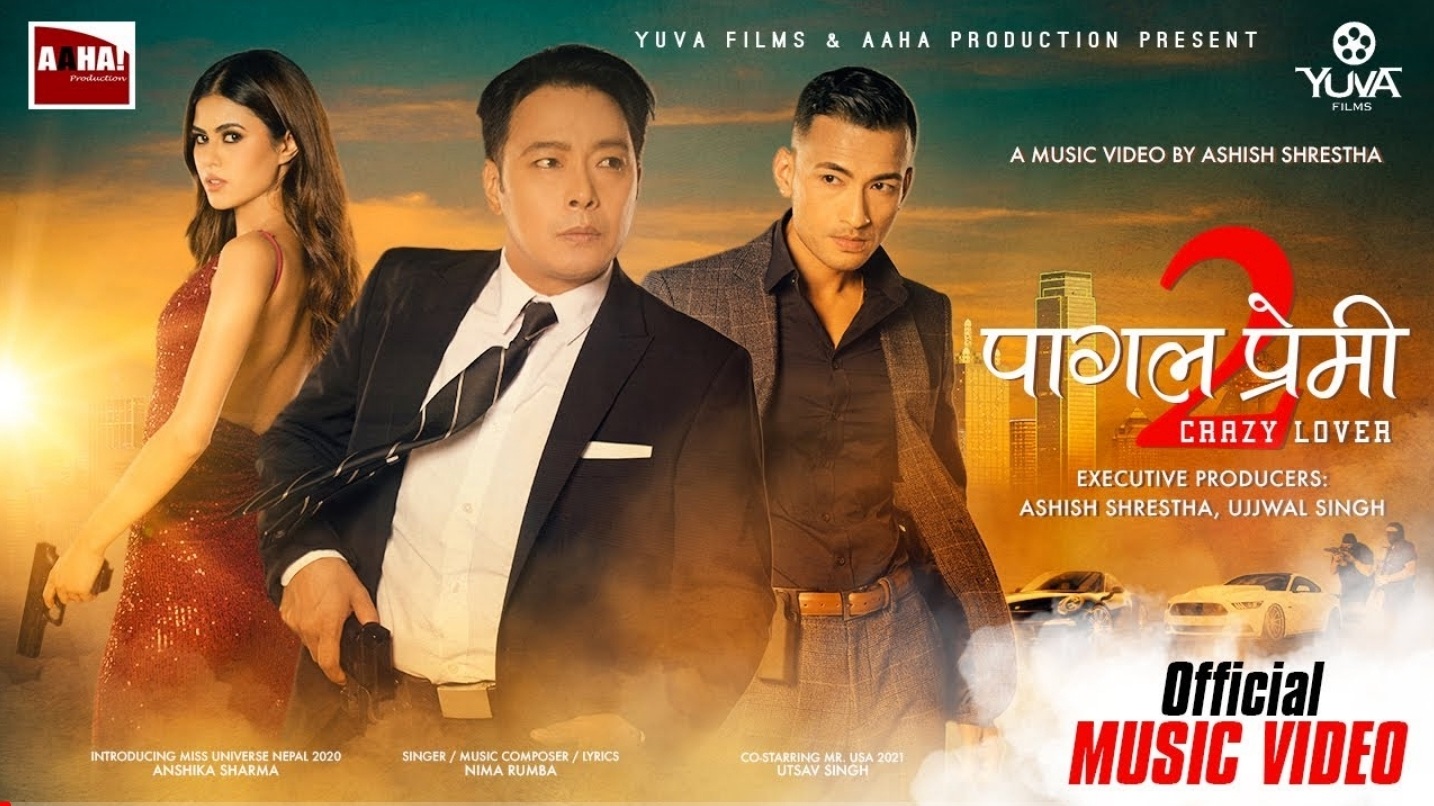 3 weeks ago by Muna Lama

Nepali Pop singer Nima Rumba has come up with the new release “Pagal Premi-2 (Crazy Lover)“ which is a sequel to his 1993’s song ‘Pagal Premi‘. The sequel was recorded a few years back and has finally been released on a Youtube channel named AY Media Nepal. Nima Rumba has himself composed and wrote this song and was arranged by Late Sunil Bardewa in 2013. The song is produced by Yuva Films and Aaha Productions.

This dancing number has also featured talented personalities like Miss Universe Nepal 2020 Anshika Sharma, Mr USA and two times Men’s Physics Gold Medalist Utsav Singh and Nima Rumba himself as a lead role in the video which is directed by Ashish Shrestha who has been living in the USA. The whole video is shot in magnificent places of Dallas and Texas in the USA.

Nima Rumba is one of the biggest pop stars of Nepal. He is a singer, lyricist, musician and also an actor. He has sung many biggest hits in Nepali music industry. Some of his popular songs are- Lolita, Aau Aauna, Preeti Basyo, Block Hill Shoes, Meri Priyasi and more.He has also acted a role of Lord Krishna in the Nepali movie Kagbeni which was a big hit.