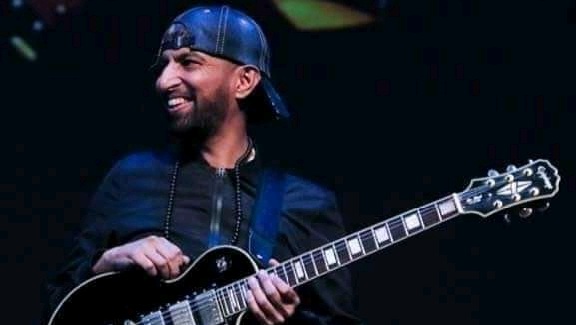 Roshan Sharma, one of Nepal’s finest guitarists is a Guitar Guru to many music enthusiasts. He is also the incredible MohanVeena player and has been a pupil of a Grammy Award Winner Pandit Vishwa Mohan Bhatt. He is a founding member of a Dharan based rock band ‘Urjaa’, also a member of Dubai based Nepali band ‘Kavya’ and Pakistani Band ‘The Sketches’. He is also an online guitar instructor and gives guitar lessons to thousands of students nationally and internationally. Academically, he has done double masters and was also a University Lecturer. Roshan Sharma has thousands of fans followings and has been tagged as a living legend in Nepali music.

Roshan Sharma has always been a great learner and strongly determined in the music field. Though he was financially established and doing well by playing the guitar in the studio sessions in Kathmandu, he wasn’t satisfied with that. He wasn’t getting praised for his hard work though he was playing a major part of a song. So after he moved to Dharan(after the 2015’s earthquake) he thought of doing everything on his own and started giving guitar, drums and vocal lessons and doing shows with these bands in and outside Nepal. He has his studio at his home now. He always keeps on innovating new tones on his guitar and MohanVeena.

Sharma is from a strong musical background as his father is a revolutionary singer, his mother Kunta Sharma is8 a poet, his elder brother Srijan Sharma is a guitarist in Bypass Band. Likewise, his younger brother Prashant Sharma is a vocalist in Urjaa Band. He was strongly influenced by his musical background. Sharma used to learn guitar from his brother. A life turning point came in his life when he first heard a record of Pandit Vishwa Mohan Bhatt in a music store. At that time, he was very attracted and mesmerized by his music and started learning more about it. Slowly he learned about Indian Classical Music and decided to learn MohanVeena and later became a disciple of Pandit Vishwa Mohan Bhatt. This was the start of his musical career.

“The key to success is to keep innovating. If you don’t try something new, you won’t succeed” says Roshan Sharma.

Sharma is also very much engaged in his spiritual life. He starts his day with Yoga and then practices his instruments. He is also playing at Osho, Tapoban. He says that music is connected with spirituality.

Watch an interview session with Rohan Sharma on ‘Kurakani with Subani’ on Nepali E-Chords.