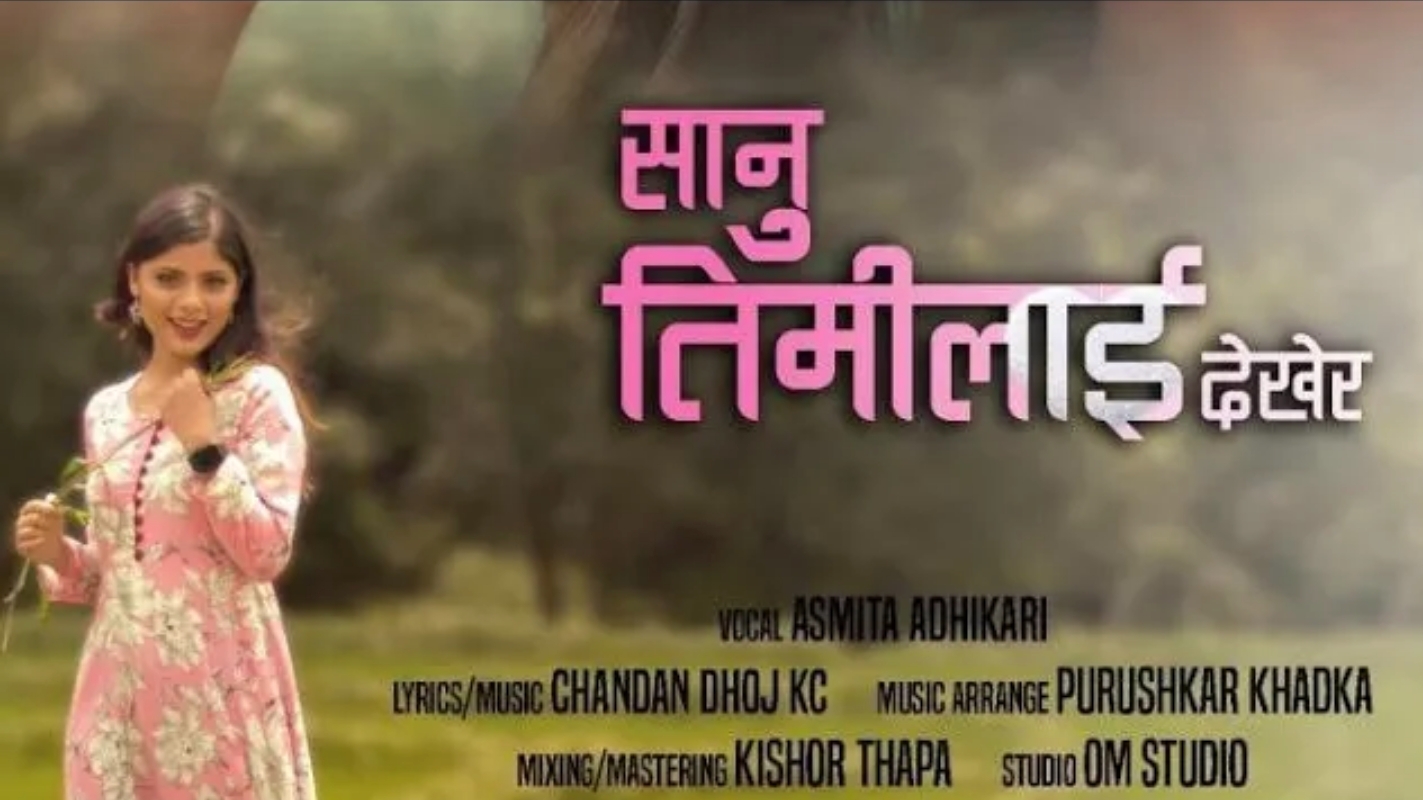 Rising singer Asmita Adhikari has released her new song ‘Sanu Timilai Dekhera’ today on her official Youtube channel. It is a romantic love song where we can see Asmita herself as a model in the video. The lyrics and music composer of the song is Chandan Dhoj KC in which Asmita Adhikari has given her mesmerising voice. The song is recorded at Om Studio and is arranged by Purushkar Khadka whereas music mixing and mastering is done by Kishor Thapa. The video of the song is directed by Rajendra Pandey and edited by Lokendra Subba.

Asmita Adhikari is a popular Nepali singer and was the finalist of Nepal Idol season 2. Her soothing voice has won thousands of hearts. She became more popular when people got to hear her first song ‘Timro Mayale Badhera Rakha’. This song was a massive hit. She has also sung on Nepali movie Ghamad Shere. The song is Sali Mann Paryo which is one of the biggest hits. Her other songs are- Biteka Din Chuteko Maya, Lajjawati Jhar, Jali Bhugol Ma and so on.