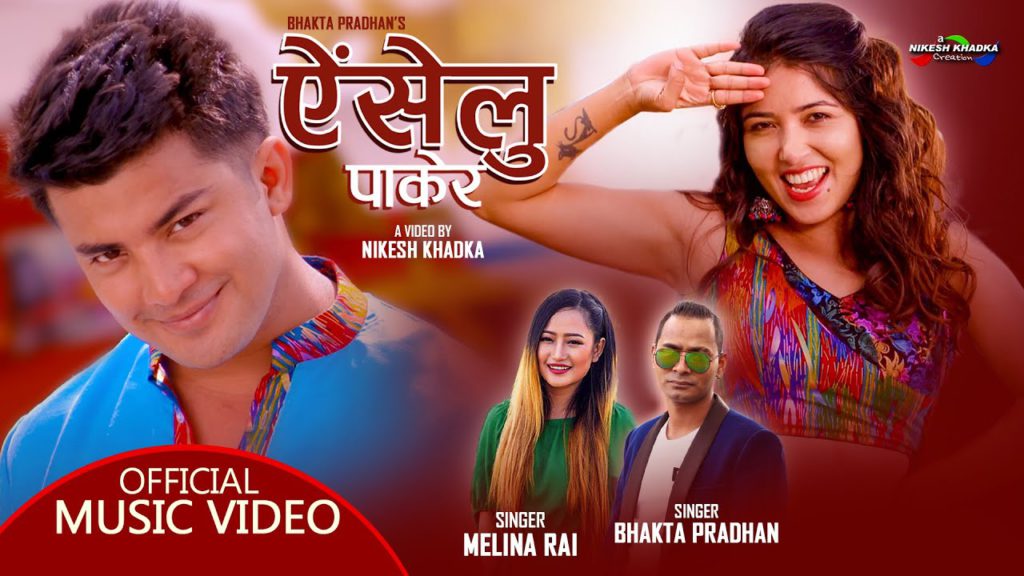 A new romantic song “Aiselu Pakera” by Bhakta Pradhan and Melina Rai is available on YouTube from Thursday morning. The song features actress and model Pooja Sharma. Bishnu Polwangchha Chamling Rai has done the composition of lyrics and music. Similarly, Purshottam Subedi has arranged the music and Kishor Thapa has done the mixing and the mastering. Rajesh Shrestha has done the recording at A-One Musician.

Likewise, Nikesh Khadka directed the music video that features Aakash Shrestha and Pooja Sharma. Similarly, Subham Bhujel has done the choreography of the video and Buddha Thapa is the cinematographer of it.

Similarly, model, actor and VJ Pooja Sharma was a debutante in the 2012 movie, 3 Lovers. People recognize her from her appearance in the movie “Prem Geet” co-starred with Pradeep Khadka.