NJK Vibe, Neetesh Jung Kunwar and His Band Has Officially Announced Their 2023 Music Tour - Nepali E-Chords
X
Back to the top

Kathmandu- On 3rd February 2023,Neetesh Jung Kunwar and the band will be performing live at Paradiso, Pokhara. The show is going to start from 8:00pm onwards. The ticket prices are as follows: door sales – Rs.1500, early birds-Rs.1000. Neetesh Jung Kunwar and the band will also have 2023 Music Tour. This announcement was made by Neetesh Jung Kunwar himself though his official Instagram account by stating , ” Although we look like we’re doing susu, me along with my band are excited to announce our 2023 Music Tour. Which is the city in Nepal we’re playing on the 3rd February? Answer on my story”. 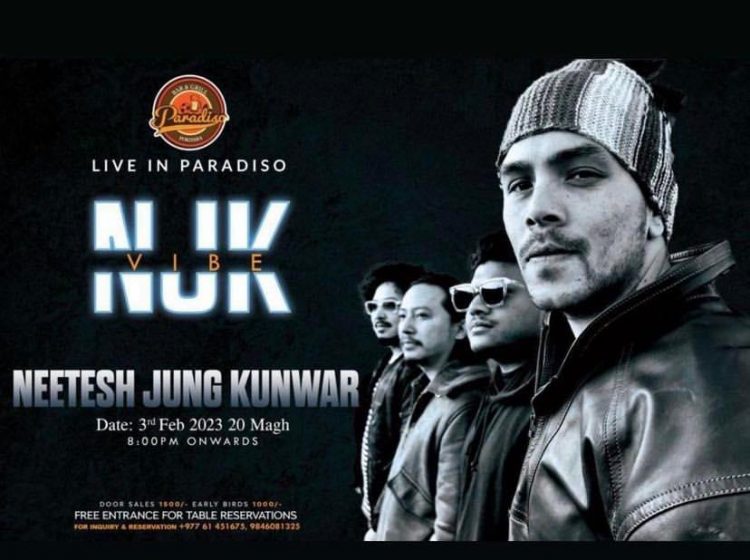 Neetesh Jung Kunwar is a singer, guitarist, and songwriter from Lalitpur, Nepal who specializes in pop music. Prior to pursuing a career in music, Neetesh worked for Ford Motor Company as a corporate executive. Neetesh began his musical career by uploading songs to his YouTube channel, just like the majority of Nepali singers. However, Nepali YouTuber Sisan Bania played a significant role in Neetesh’s musical career because he inspired Neetesh to post songs to his channel.