Dixieland Jazz Band: The Fisrt Band in The World - Nepali E-Chords
X
Back to the top

Dixieland Jazz Band: The Fisrt Band in The World 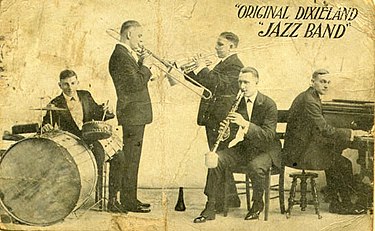 Kathmandu- The first jazz recordings were recorded in early 1917 by the Original Dixieland Jazz Band (ODJB), a Dixieland jazz ensemble. The first jazz recording ever released was their “Livery Stable Blues.” The ensemble wrote and recorded numerous jazz standards, with “Tiger Rag” being its most well-known creation. The band’s name was renamed Original Dixieland Jazz Band at the end of 1917.