Kathmandu-  On 23rd of December 2022, a new song of Samikshya Adhikari named ‘ Yesto Na Hos Kasailai’ was released on youtube. The song was released through Music Nepal’s official youtube channel. Within the few days of its release the song has gained 35K views and 1.1K likes. 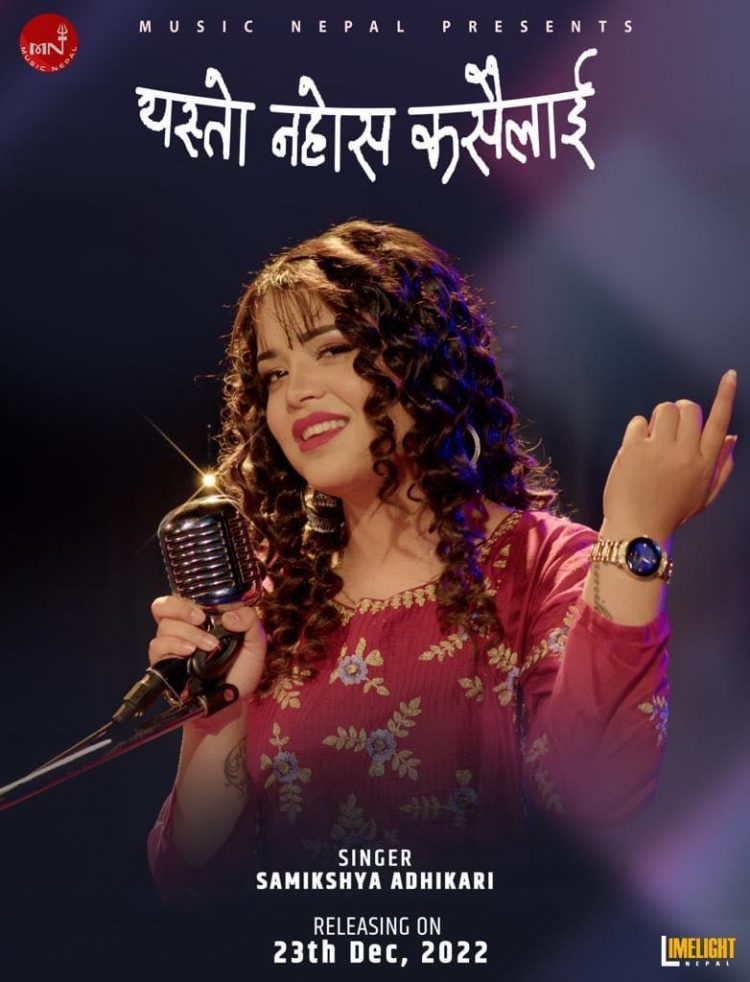