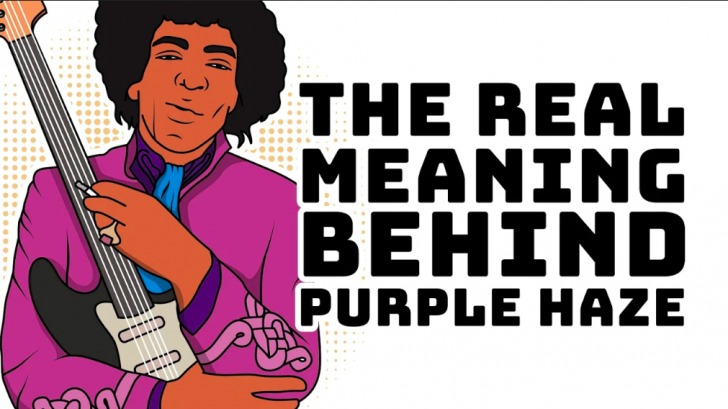 Kathmandu- “Purple Haze” was written by Hendrix on December 26th, 1966 while backstage at a club in London. Hendrix says the lyrics were inspired by a dream he had where he could walk underwater. He was walking under the sea, when a purple haze surrounded and engulfed him. Hendrix claimed the experience was traumatic, but luckily his faith in Jesus saved him in the dream.

The meaning of “Purple Haze” is one that is surrounded by mystery and curiosity but with fame and psychedelic rock comes psychedelic drugs, specifically LSD. The name of the song was said to be derived from the “Monterey Purple” variety of the LSD drug. The drug then took on the name of Hendrix’s famous song and was then known as “Purple Haze”. A mind-boggling fact to note though is that Hendrix claimed never event tried LSD yet at the time when he wrote “Purple Haze” but fans find that hard to believe with the song basically portraying an acid trip.

There are countless reasons why Jimi Hendrix became so great and his career skyrocketed in just a short amount of time. Beyond his undeniable guitar playing genius was the psychedelic nature of his music and lyrics. He was also a major figure during the rise of psychedelic rock.

Jimi Hendrix once said, “When I die, I want people to just play my music, go wild and freak out, do anything they want to do.”