Rabin And The New Revolution~ Live At Uptown Jhamsikhel Rabin and The New Revolution is performing live at Uptown, Jhamsikhel this May,20 Friday. 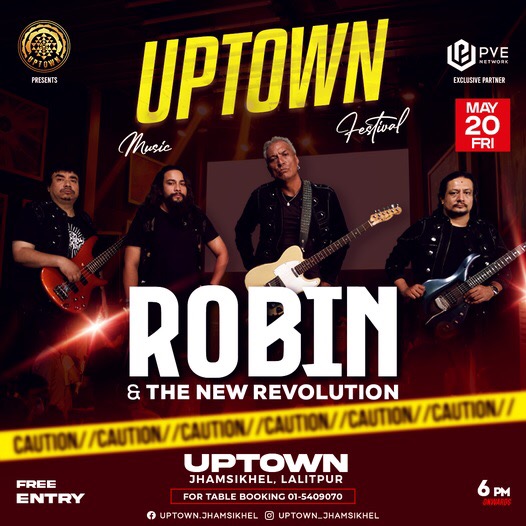 Rabin and The New Revolution is performing live in Uptown Music Festival at Uptown, Jhamsikhel. The band will be performing in 2o May, Friday, 6pm onwards.

Robin Tamang is the founder of the rock band Robin and The New Revolution and a Nepalese singer, musician, and actor. He is also a film actor who has been in several Nepalese films. He is well recognized for his role as Yama Nadu in the Amazon Prime series ‘The Last Hour.’