Ekdev Limbu is all ready to head Dubai to entertain his fans there. Also his new single "Gajal Tiki" is releasing tomorrow.
Posted On January 27, 2022In News 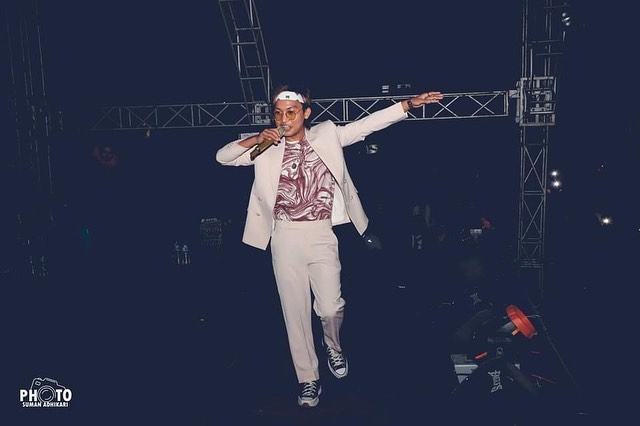 Ekdev Limbu, a very active and versatile singer is all ready to head to Dubai to entertain his fans living there. Limbu was born in Illam, which is an extremely beautiful place if you haven’t been there yet. He blessed us with his winsome music in 2069 with his debut song “Hiddaichhu ma“. Since then he has been giving us numbers of hits like Aankha ma Aaune Sapani, Kya Ramri, Lau Kanchhi, Sirful, Chyanti Mayalu, etc. Whereas, he is now all ready to release his new single “Gaajal Tiki” tomorrow.

Besides his awesome musical talent, another admirable quality of Ekdev Limbu is that he really loves his listeners. To prove the statement, Ekdev recently did such an inspiring deed. While visiting Dharan for his recent gig, he personally visited a fan who was differently able and performed for her after she commented saying she missed the show as she cannot walk. Such an amazing act of kindness.

Hope his gig be successful and good luck for his new release from the team.