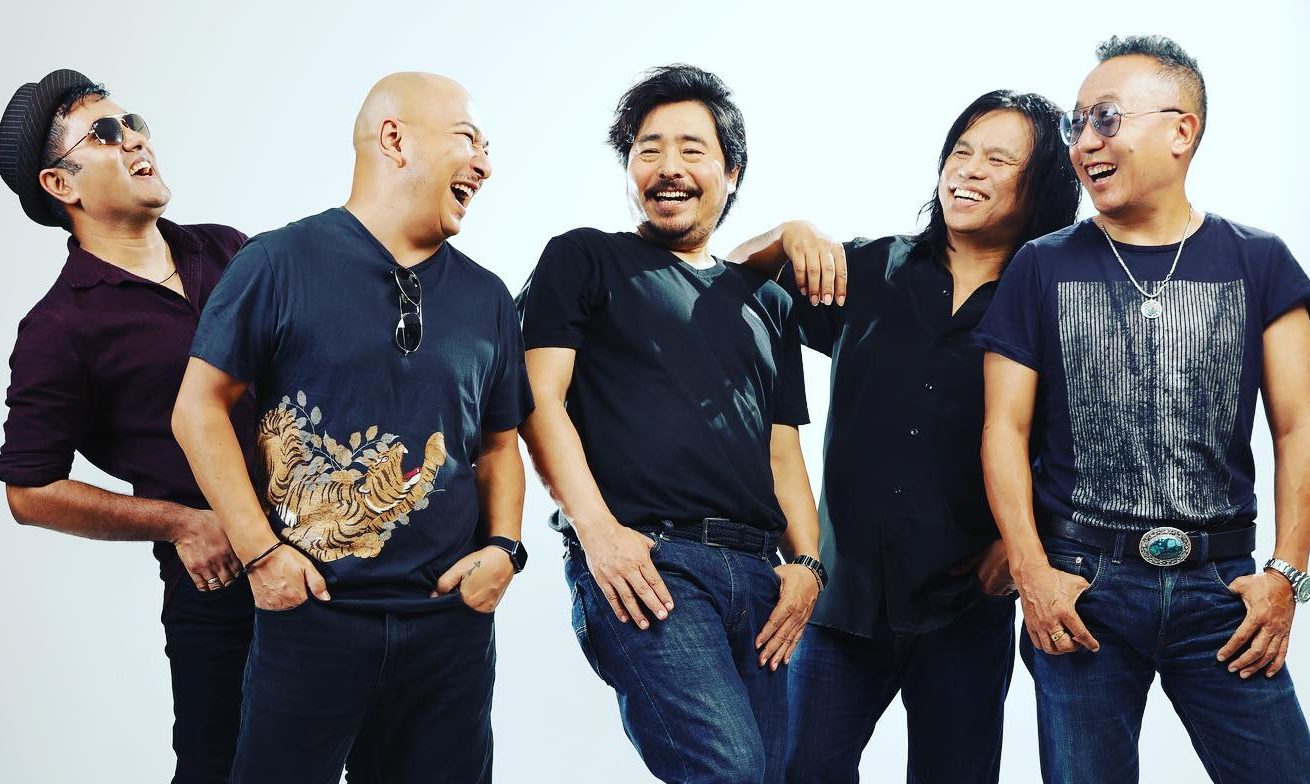 1 month ago by Nepali E-Chords

One of the most celebrated bands of the country, 1974 AD, is on vinyl for the first time!

Legendary Band 1974 AD band turns 25 this year and what else might be a better way to commemorate and celebrate this historic occasion other than releasing a classic vinyl?  Wild Yak Records have announced the release of the band’s classic hits remastered and pressed on 180 gram vinyl  for the very first time this October 2021. Vinyl Records from the classic era has its own, distinctive sound, filled with surface crackle, pops and distortion that people love it for. Digital recordings might have the upper hand in terms of quality but there’s certainly nothing else like a classic vinyl.

The career spanning compilation consists of 9 classic hits including songs like Parelima, Sambodhan, Pahilo Junima along with one new never released song ‘Bela’. The celebration album presented, manufactured and distributed by Wild Yak Records licensed under 1974 AD will have the following songs: 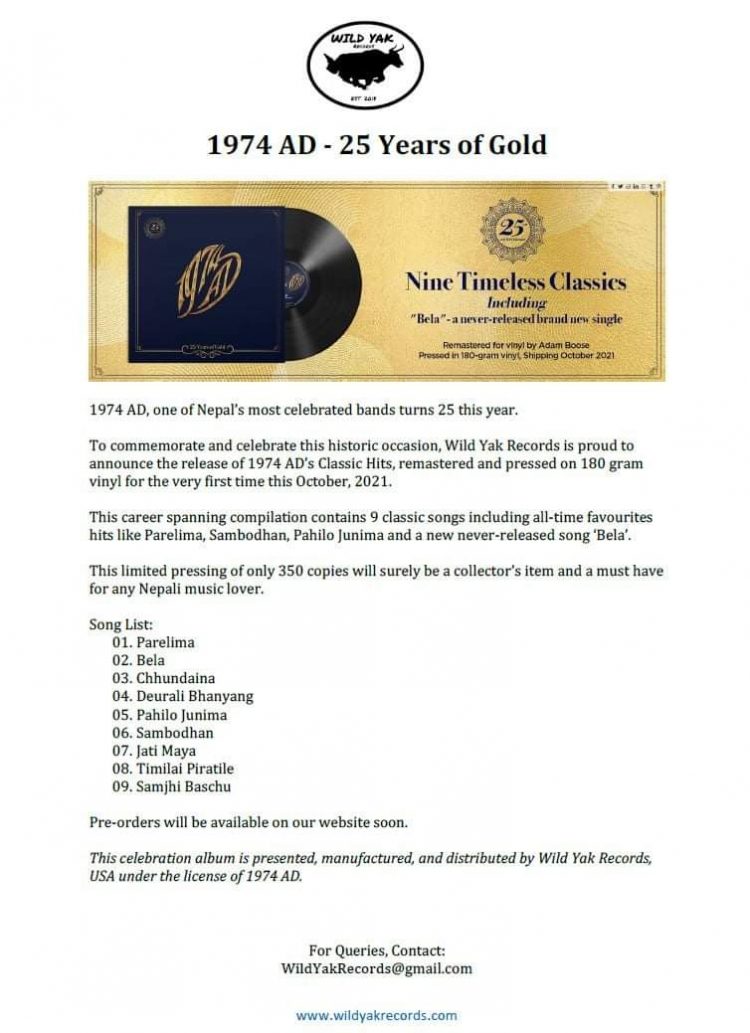 Only a total of 350 copies will be sold to the audience via Wild Yak Record’s official website. Stay tuned!